If you’re one of those affected by having your mortgage referenced to the Mortgage Reference Index (IRPH) and you need legal advise, we can help. We’re a firm formed by lawyers and economists that hold great experience and reliability in defending the interest of those affected by different financial products in the courts.


Our lawyers take on the banks every day in the courts.


We’re specialists in financial and banking law. We succesfully defend thousands of people affected by the inclusion of IRPH as a reference index in their mortgages.

The inclusion of IRPH (Mortgage Reference Index) as well as floor clauses has been a regular habit of the banks in Spain since the start of the housing bubble (1997-2007).

IRPH is one of the indicators banks use to update the interest rate of their clients’ variable interest rate mortgages. According to the Bank of Spain’s calculations it’s applied to approximately 11% of mortgages subscribed in our country and is the second most used mortgage index in our country, behind the 12 month Euribor.

There were 3 types of IRPH up until October 2013: Bank IRPH, Savings Account IRPH and Banking Entities IRPH (the average of the previous two).

Currently, only the Banking Entities IRPH is active and is applied to around 300.000 mortgages. It’s official name is “Average rate of the mortgages at over three years conceded by the credit entities in Spain” and, as it’s name indicates, it’s calculated as the monthly average rate applied to new mortgages. For example, in August 2016, the IRPH indicated that mortgages signed that month have an average interest rate of 1.957%.

Banks sold mortgages referenced to IRPH arguing that it’s a more stable index than Euribor. Reality didn’t take long to unveil this lie. While the Euribor dropped with the credit crunch, IRPH, which is also a variable rate, stayed at a much higher level.

It’s been proved that the banks are able to fully manipulate the IRPH without the consumer’s knowledge, which has allowed the banks to leave the interest rates high to be able to obtain profits thanks to their mortgages with IRPH, without the client knowing the reason for the rises in interest rates.

Clients weren’t duly informed about all of the above when they suscribed this index.

What is the solution?

A negotiation can be tabled with the bank in an attempt to reach an out of court agreement. However, in our experience, they don’t tend to answer these requests. Moreover, in the case of reaching an agreement, this tends to be for a lower amount than what is owed.

We recommend therefore claiming in court. In 99% of cases the sentence has been favourable, the IRPH has been anulled and our clients have recovered the overpaid amounts with interest and normally with the bank being sentenced to pay legal costs.

With this we achieve the anullment of the clause that includes the reference to IRPH, eliminating it and replacing it with a new pacted interest reference, along with the repayment of the overpaid amounts compared to what would have been paid with said index.

The courts are annulling IRPH based on two things:

Yes. The recent Supreme Court sentence dated the 25th of February 2016 highlights the fact that having financial knowledge, or having previously subscribed complex financial products isn’t an impediment when it comes to claiming.

Also, you can claim if the investment has been done by a company, as long as it’s a retail cliente, ergo a company that isn’t dedicated to investment or isn’t a large company that meets 2 of the following 3 requirements, defined in article 78 bis 3.c) of the Stock Market Law (LMV):

Both people and companies can claim based on formal defects in the comercialization (irregular sales without meeting required protocols), based on objective error or based on lack of consent.

If your claim prospers we’ll achieve the nullity of the clause that includes the reference to IRPH, eliminating it and replacing it with a new pacted interest reference, along with the repayment of the overpaid amounts compared to what would have been paid with said index.

There have been some attempts to present collective claims and to unite those affected, but the bank has neutralized these initiatives. We recommend an individual claim, for it is quicker and safer.

Who do we claim against?

We claim against the bank that sold you the IRPH mortgage.

According to the Judicial Statistics Service, a procedure of this maner can take, on average, 9 months in first instance and, if appealed, another 5 months.

How do I know if my mortgage is referenced to IRPH?

This can be seen in two places:

1. In your mortgage Escritura.

In the clause that talks about the variable interest rate. It must say what your variable interest rate is, be it Euribor, be it Savings Account IRPH, Banking Entities IRPH, Bank IRPH, CECA… and which is your substitute reference index (any of the above). Bear in mind thar Savings Account IRPH, Bank IRPH and CECA disappeared in November 2013. If they’re still being applied to you or were applied to you in the past, now is the time to claim. And if you have Banking Entities IRPH too.

2. In your mortgage payments receipts.

If you’re being applied an interest rate over 2,156% (IRPH’s value in May 2015) plus your diferential, there are various options: Either you have a floor clause, or Banking Entities IRPH, or you’ve been left with a fixed rate of the final value of Savings Account IRPH, Bank IRPH or CECA. In any of these cases, you can claim.

Can I eliminate the IRPH from my mortgage despite having a binding quotation with the bank?

Yes. The courts are annulling IRPH from mortgages despite their being a binding quotation sent out by the bank on the basis that said quotation is is understood to not specify or inform about the control that banks have over the IRPH index and therefore the client accepted it without full knowledge of what they were really signing.

What arguments do the banks use?

The banks tend to defend themselves from two perspectives:
(i) that IRPH is legal and said reference index was pacted between both parties and
(ii) that the client was correctly informed of the implications of the IRPH index when they signed the mortgage, and that they chose it freely on the basis it was a less volatile index than the Euribor.

The claim is presented in the First Instance Court that corresponds to the claimant’s address.

What are the chances of winning?

If the claim is properly presented we can talk of over a 99% chance of success.

I'm a business or have an education, does that affect the chances of success?

In theory, no, given that the claim is based on the lack of adequate information, but each case must be studied to see the viability of the claim. As a general rule the courts mandate that the bank must prove that it correctly informed the client about IRPH and on that argument we base our claim.

When will the bank stop applying IRPH to my mortgage if I claim?

Once won, how long does it take to get paid? What does that depend on?

When a sentence is won we must wait a month for it to be firm. After that, the bank has another month to voluntarily deposit the money. If they dp, we must request that the Justice Administration hand us the money via a payment order. This can take another month. If the bank doesn’t pay voluntarily, we must present an enforcement claim, which can take another three months.

What's the worse case scenario if we lose?

The worse case is to lose the case and to be forced to pay legal costs. Legal costs will be a maximum of 1/3 of the claimed amount.

Yes, there are a multitude of cases of this nature that are processed and, proving the right to the estate, won. Any heir can act on behalf of the estate and process the claim, although it’s recommended it be done by a majority of representatives of the estate if it’s still not been handed out.

We're a couple married in gained goods regime, must we both claim?

If the mortgage was signed by the marriage, both parties must present the claim.

Because we win
Because we know how to recover your money, our results back that up.
Because you’ll receive a personalized treatment, you won’t be one of thousands of clients.
Because your claim will be presented in two weeks and you won’t wait months.
Because our tariffs are very competitive, we only get paid if you do.
And because we offer all of this with a high degree of quality and professionalism.

Also it would be useful to add

There may be other documents that could replace those above, but it must be the lawyer who judges that.

Without provision of funds, we only charge if the claim is succesful and at the end of the work.

In court claims: We charge 10% + IVA of the total amount saved by the client, plus legal costs, paid by the bank.

Out of court claims: We charge 7,5% + IVA of the total amount saved by the client, plus legal costs, paid by the bank.

The conviction in legal costs is when the judge sides completely with the winning party of the trial.

Ever since the Supreme Court’s sentence in May 2013 it’s practically impossible to lose a case, which makes the chances of being convicted to pay legal costs extremely low.

Complete processing of the claim, in or out of court, in all instances up until the Supreme Court, including enforcement costs.

Telephone and email attention, along with in person service to prepare the trial if necessary.

It’s a document that’s signed in front of a notary and that empowers the lawyer and solicitor that will represent you in court.

This document can be signed in any notary office in Spain and tends to be handed to you in the moment and without appointment. It has an approximate cost of 50 €.

The costs of getting to the location where the services are contracted, telephone calls and photocopies are included.

What isn’t included is the mandatory deposit (between 25 € and 50 €) and the delivery of certified post, messengers and burofax, which the client will have to pay.

Before incurring in any extraordinary cost in the processing of the case, the client will be consulted and will have to agree to the cost. 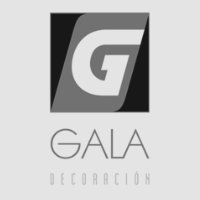 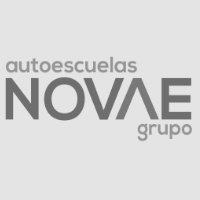