Date of publication in the BOE

A bankruptcy case is a court procedure that aims to resolve the insolvency phenomenon.

It has a double fundamental aim, the continuity and satisfaction of the creditors.

What phases make up a bankruptcy case?

There are three phases to a bankruptcy case:

How do I communicate my credit?

In order for your credit to be recognized in the bankruptcy procedure you must communicate it to the bankruptcy administration, the organization designated by the judge to take care of recognizing the credits.

The form of “communication” of a credit is determined in the Bankruptcy Law (article 258 of the TRLC). For this particular procedure, the bankruptcy administrator has made available the GIOCONDA program, which will provide you with a simple form through which to communicate your credit.

If you are a creditor residing outside of Spain but inside the EU, you have the right to communicate your credit through the normalized form approved by the European Commission 2017/1105 and published in the Official Bulletin of the European Union.

Are all credits equal in a bankruptcy case?

- Credits with special privileges: Those that have a real guarantee, such as a mortgage (270 and 271 TRLC).

- Ordinary credits: Those credits that aren’t encased in other categories. As a general rule, a commercial credit will be considered ordinary.

- Sub-ordinary credits: Those credits that, according to Bankruptcy Law, must be paid last, either through penalization, such as a late communication of the credit, due to its nature (fines, interest, etc) or due to the creditor (people with a particularly close relationship with the bankrupt party). These are reflected in article 281 of the TRLC.

What happens if I forget my credit?

If you forget to communicate your credit or communicate it outside of the timeframe established to do so, it will be classified as “sub-ordinary” (article 281 TRLC), except if the credit was known through the bankrupt party’s documentation, in which case the Bankruptcy Administration will automatically give it the classification that by its nature it deserves.

Where do I check my credit?

Following this, the Bankruptcy Administration will make the necessary checks of the authenticity and precision of the communicated credit.

Then, the credit will be classified, this is, it will be included within one of the 5 categories that Bankruptcy Law admits (in question 4 you can see the types of credits).

The Bankruptcy Administration will communicate personally, through it’s email address, the “Project of Creditors List”, in which you’ll be able to check if your credit has been recognized or not, and in the case that it has, what category or classification it has.

How do I protest the amount or classification of my credit?

The Bankruptcy Administration will communicate personally, through its email address, the “Project of Creditors List”, in which you’ll be able to check if your credit has been recognized or not, and in the case that it has, what category or classification it has.

If you’re unhappy with the “Project of Creditors List”, you’ll be able to communicate with the Bankruptcy Administration through GIOCONDA for them to rectify.

The definitive decision of the Bankruptcy Administration about your credit will be published in the “Provisional Report” that you’ll also receive through your email.

If in the “Provisional Report” your credit doesn’t appear or it appears differently to how you communicated it, you can contest the Provisional Report through a simple procedure called “Incidente Concursal”, for which you’ll need a lawyer and a solicitor.

When will my credit be paid?

It depends on the classification that your credit has received and the way in which the bankruptcy procedure goes ahead, as it varies according to whether an agreement can be reached. 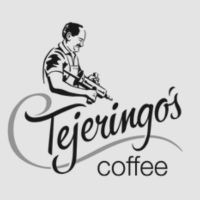 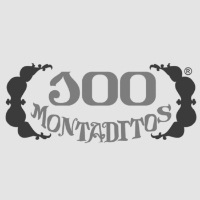 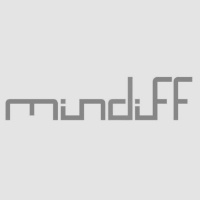